The Uncertain Future of Aussie Apprentices 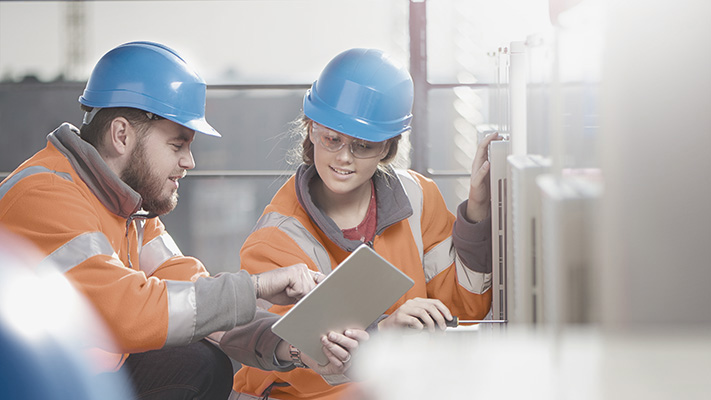 Recent announcements by the government to better support apprentices, while admirable, have missed the mark with many larger apprentice providers who still face uncertainty.

The Federal Government's JobKeeper wage subsidy has been a lifeline for a largely dormant workforce struggling through the pandemic. These payments, however, appear to be the only financial certainty many people have.  This is particularly true of the Victorian market, where lockdown measures and industry restrictions are further hampering economic recovery.

Victorian Premier, Daniel Andrews has referred to construction as the "lifeblood" of the Victorian economy. We’ve already seen the construction industry weaken month-on-month with the pandemic restrictions in Victoria being felt across the board. This is a major concern, both for construction businesses and for their employees and suppliers.

Understandably, we’ve seen short-term decision making by apprentice host employers trying to preserve their business during the pandemic by shedding thousands of apprentices. Frontline’s own apprentice talent pool plummeted from 120+ apprentices working full-time, to 10% of that workforce being engaged for work. The majority of this competent and willing workforce were left waiting on the sidelines.

The role of the apprentice has never felt more precarious and exposed—with the implementation of capacity restrictions and subsequent reduction of productivity, a lot of apprentices were pushed aside or neglected.

I recently received an emotional phone call from an apprentice whose host employer had told her they no longer require her services. She was about to reach her 3rd year anniversary as an apprentice, but was informed her practical experience wasn’t at the desired level, due to almost 7 months ‘off the tools’. The employers were incredibly cost-conscious as a result of COVID-19, exacerbated by crippling limitations of workers allowed on-site. The anxiety of the situation, and its very real impact on the lives of people, collectively, is apparent.

Prime Minister Scott Morrison’s plan to provide wage subsidies of 50% to businesses taking on new apprentices is admirable. However, while wage subsidies for new apprenticeships will help thousands of school leavers find work in a ‘COVID normal’ economy, it risks leaving behind the current cohort as they navigate uncertainty. There are huge gaps that haven’t been addressed, as well. The wage subsidies announced as part of the Federal Government budget are only available during the first year of the apprenticeship.

What can we do?

As well as the immediate impact on existing apprentices, we need to take stock of the longer-term effects on apprentice training across the country. Already, many apprentices are falling behind in their practical experience and exacerbating underemployment because they’re “just lucky to have a job at all”.

In line with the budget announcements, there needs to be a material change made to the Building Code, compelling the employment of multi-tiered (junior and mature apprentices) on all Federal Government funded projects. This should also be echoed within all state government funded projects. Without measures like these, we can expect non-completion rates to soar among the current cohort. Worse still, apprentices exploited under the scheme and seen as commoditised human capital, with new recruits considered as ‘subsidised labour’.

Since it was not announced in the budget, we at Frontline are calling on the government to:

By taking these steps, the Federal Government will reinforce its commitment to affected industries, while providing much-needed certainty for larger apprentice providers and workers nationwide.

Pathways: 5 Career Opportunities For Forklift Operators
What you can do if your apprenticeship ends early